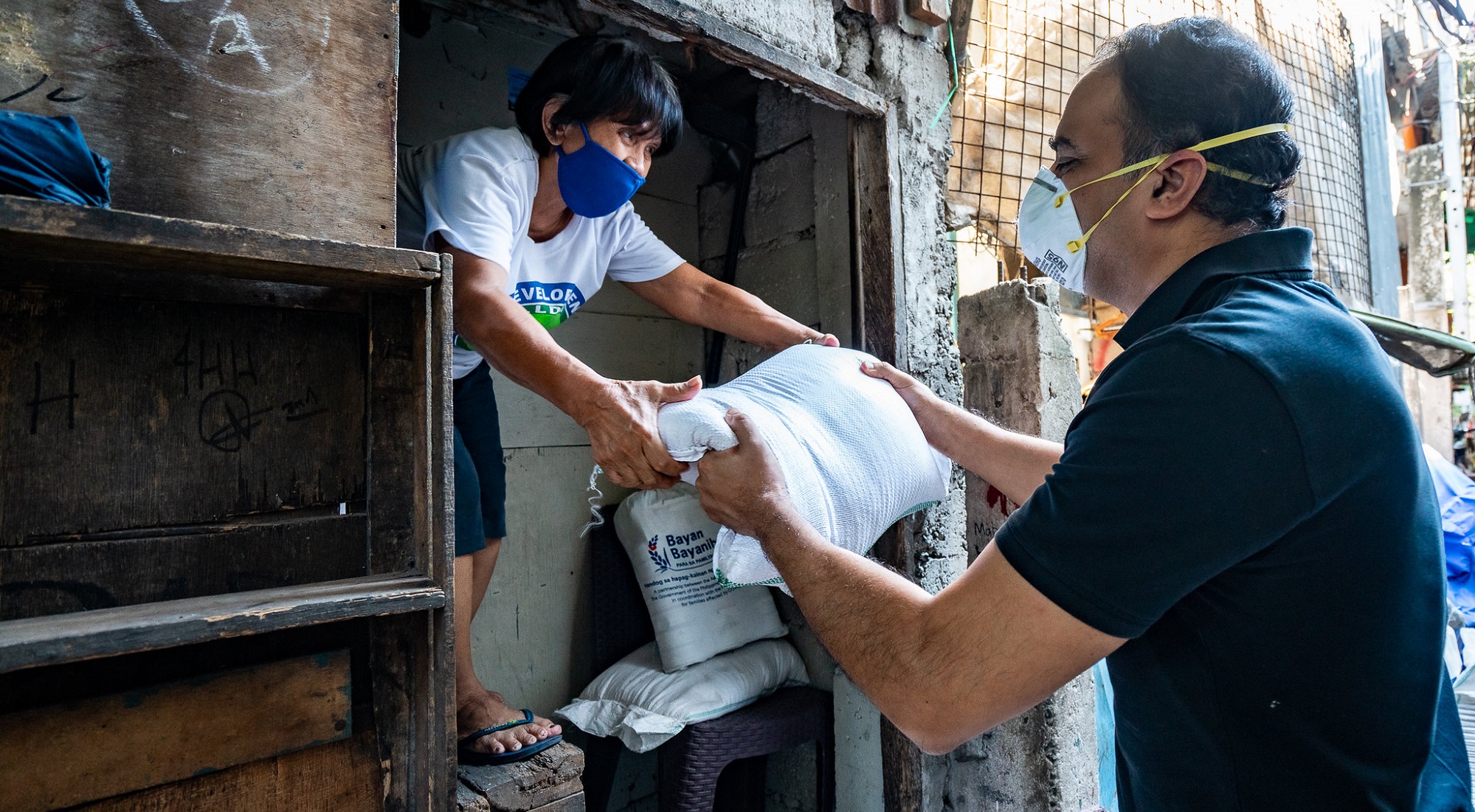 “We don’t know where to get money for food,” said mother-of-three Rowena de la Cruz. “My husband is a passenger jeepney driver and he can’t work now”. When the Philippines’ COVID-19 lockdown began in mid-March 2020, like Rowena and her family many people were left unable to work and without the means to buy necessities.

The Asian Development Bank (ADB) partnered with Philippine government agencies and the private sector to provide emergency supplies through the Bayan Bayanihan food program. To help identify which communities most needed support, ADB combined census and survey data with satellite imagery and used artificial intelligence to produce detailed poverty maps. This mapping enabled the program to maximize its impact by targeting support to over three-quarters of a million of the most vulnerable people in Metro Manila and surrounding areas.

The food program, based on the traditional Filipino Bayanihan custom of helping one’s neighbor as a community, aimed to reach people particularly hard hit by the lockdown: the poor and marginalized, especially people with disabilities and the elderly, and daily wage workers in the informal sector.

To help locate the areas where the most vulnerable households lived, ADB’s statistics team created granular poverty maps by combining traditional and innovative data with artificial intelligence. The team trained computer vision algorithms to recognize features in detailed daytime satellite images such as roof type, street patterns, and housing density to predict an area’s level of economic activity. They also drew on the relationship between nighttime lights and development.

In identifying the priority barangays or villages for the program, the team considered the prevalence of poverty, population size, and distance from markets. They combined the poverty maps with data on the presence of shops or markets in a barangay from the Philippine Statistics Authority’s Census of Population and Housing. Visits to the areas the team identified and to areas referred for consideration helped verify the findings and finalize priority locations for the food deliveries.

Deliveries began at the end of March 2020, and in hard-to-reach areas the program hired e-tricycles and bicycle taxis to navigate the narrow alleyways to deliver supplies to families’ doorsteps. Some 174,000 households received assistance across 44 barangays, and about 870,000 people benefited, including the de la Cruz family.

The de la Cruzes were among tens of thousands of families supported by the Bayan Bayanihan emergency food program. (© Rowena de la Cruz)

“Finally, we have food for our children”, said Rowena. “We were so happy, as well as all our neighbors.”

The day before the emergency supplies arrived, her children had only had milk and bread to eat, and Rowena, her husband and her father-in-law, who suffers from a lung ailment, had skipped all three meals. Factory worker Aleli Mantequilla said her food pack would help protect the health of her 9-year-old son, who lives with a disability: “It is enough for at least two weeks, so we need not go out of the house during this time when it is so dangerous for our health.”

The food supplies also gave her peace of mind about future expenses: “We can reallocate our money for paying house bills”, she said. The Bayan Bayanihan program shows how data from satellite images and other sources can be integrated with conventional survey data to create granular poverty maps that support efficient policy targeting.