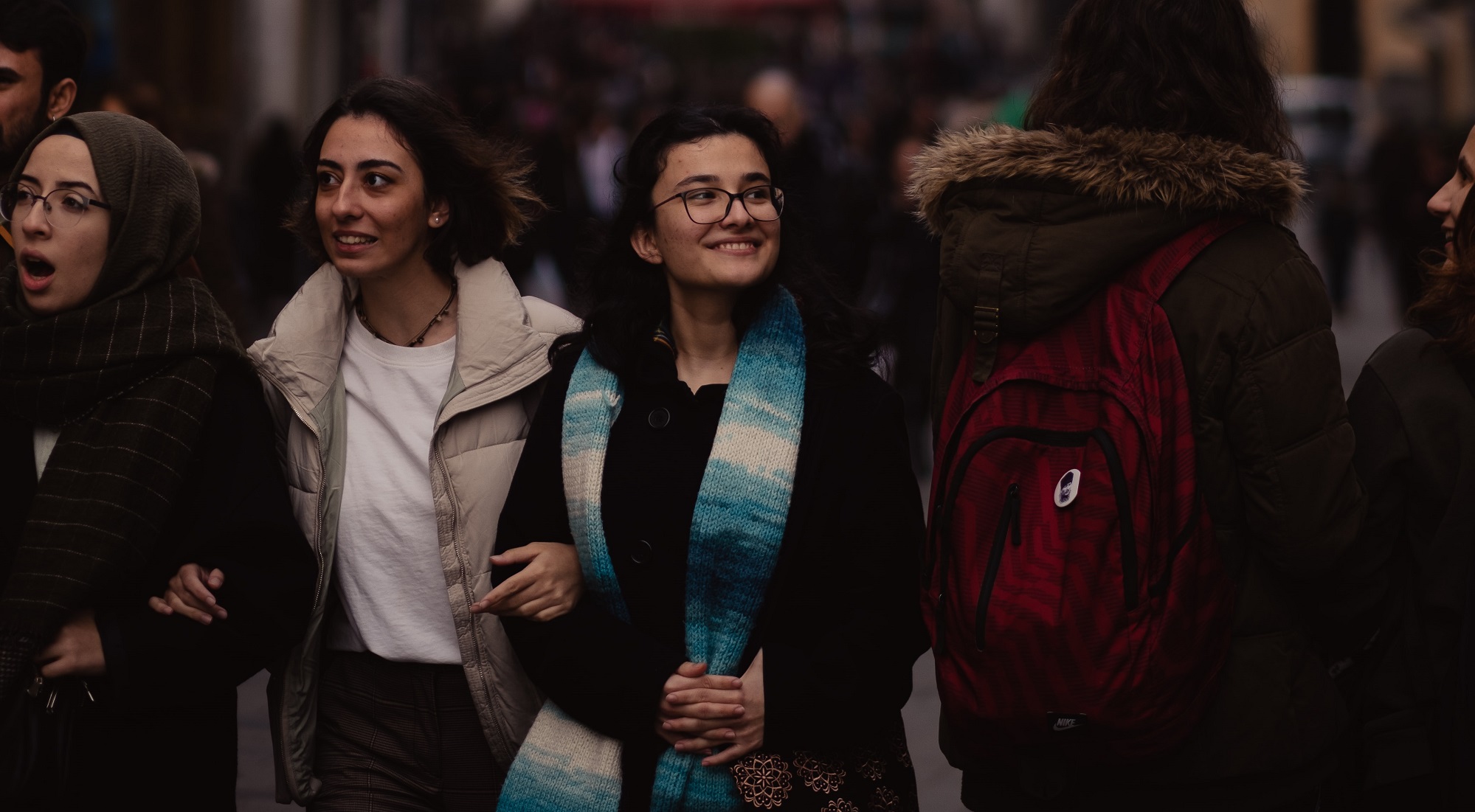 In Palestine, women and girls still face entrenched institutional and social discrimination as a result of long-lasting conflict and a lack of gender-sensitive laws. Local representatives from legislative bodies, broadcasting, unions and legal aid organisations catalysed legal change through a ground-breaking report that used national statistics to highlight the issue.

While progress has been made in Palestine, important pieces of legislation still fail to meet the basic requirements of standing international human rights treaties. These treaties include the United Nations Convention on the Elimination of All Forms of Discrimination against Women (CEDAW). An international bill of rights for women, it defines what constitutes discrimination against women and sets up an agenda for action. With its accession to the convention in 2014, among other international treaties, Palestine committed itself to aligning laws and regulations with the provisions of CEDAW despite remaining critics.

Together, they cooperated on a gap analysis report on 16 out of 30 articles of the convention, covering issues related to women’s rights in fields such as decision-making, health, education, the labour market, violence against women, and equality before the law. The team looked at official gender statistics provided by the Palestinian Central Bureau of Statistics to analyse the state of play in comparison to the CEDAW provisions. “We were eager to network with other institutions working on gender issues and the implementation of the CEDAW and to jointly bring the attention to gaps,” says Raida Odeh, Director of the Speaker's Bureau at the PLC. 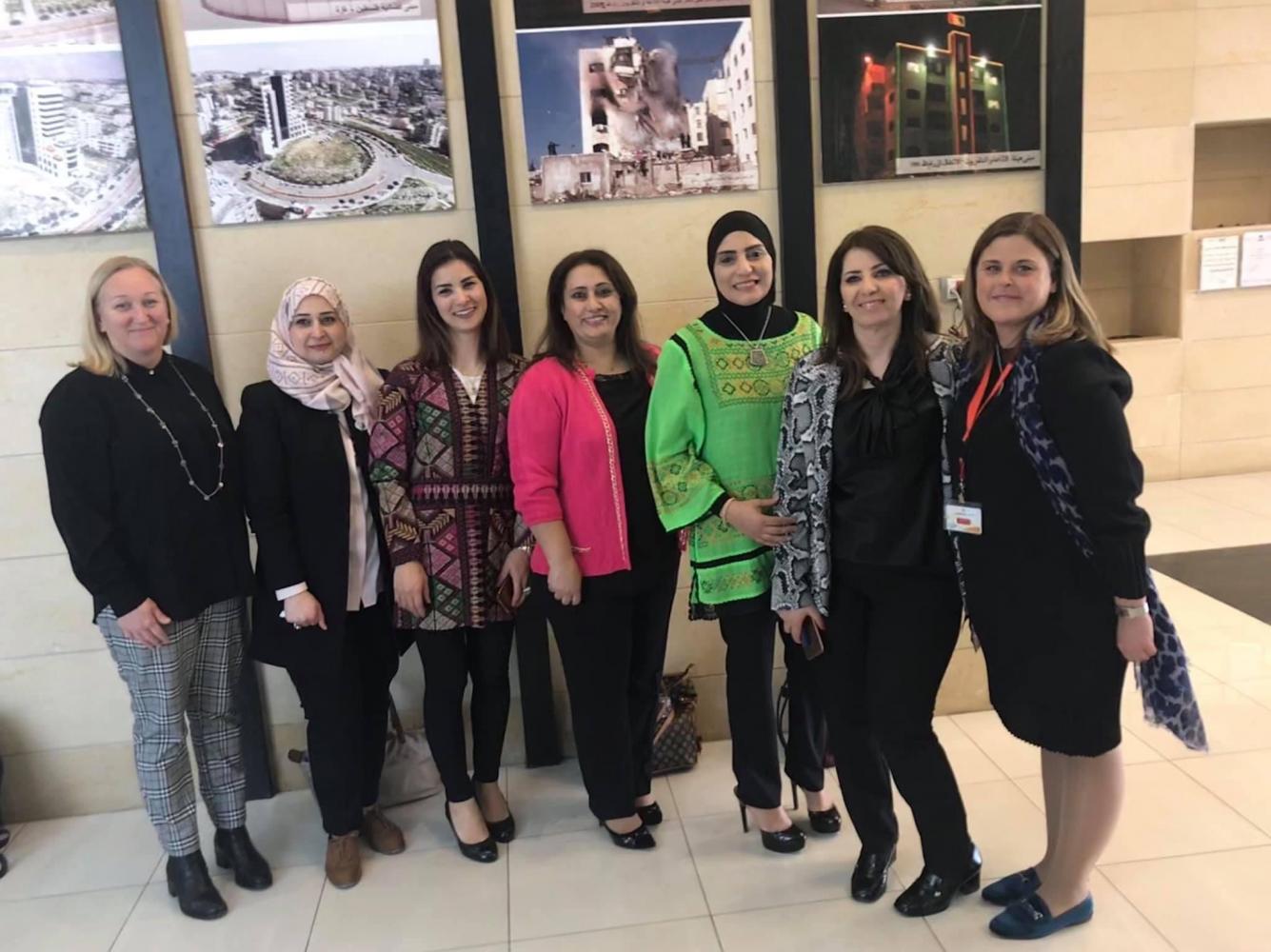 The gap analysis report shed light on women’s realities in Palestine and laid the groundwork to address gender issues based on the following findings:

Following the release of the report, a milestone was achieved with the Ministry of Justice in Palestine making it mandatory to use gender statistics as a fundament of future bills.“Participating in the programme helped us apply a gender lens to data and our activities,” says Wafa Hamayel, General Director of the Legal Affairs Department at the PLC.

Other organisations requested to use the report’s data for their own advocacy efforts and to plan projects that support the implementation of CEDAW. The Palestine Association for Empowerment and Local Development, for example, launched “18 means 18”, an online campaign against child marriage.

The Palestine Association for Empowerment and Local Development used the report's data in their online campaign against child marriage, “18 means 18”. The poster says "No to child marriage, no to exceptions." (© Imad Abu Baker)

“After completing the programme, I had a better understanding of how statistics can be used to highlight gender issues and inform stakeholders to take action and improve the situation of women and girls,’’ says Amani Aruri, a women’s rights activist, about her motivation to organise the campaign. “Using these new skills, I worked with other feminists, activists, coalitions and feminist organisations to influence and urge law makers to establish eighteen as the minimum age of marriage.’’

The report also found its way into the schools. Joud Jamous, a tenth grade student in Ramallah, chose to advocate for gender equality as well using gender statistics and the results of the gap analysis. As part of a school project, she built the website https://joudjamous.wixsite.com/website presenting a survey among students as well as statistics about gender equality and gaps. 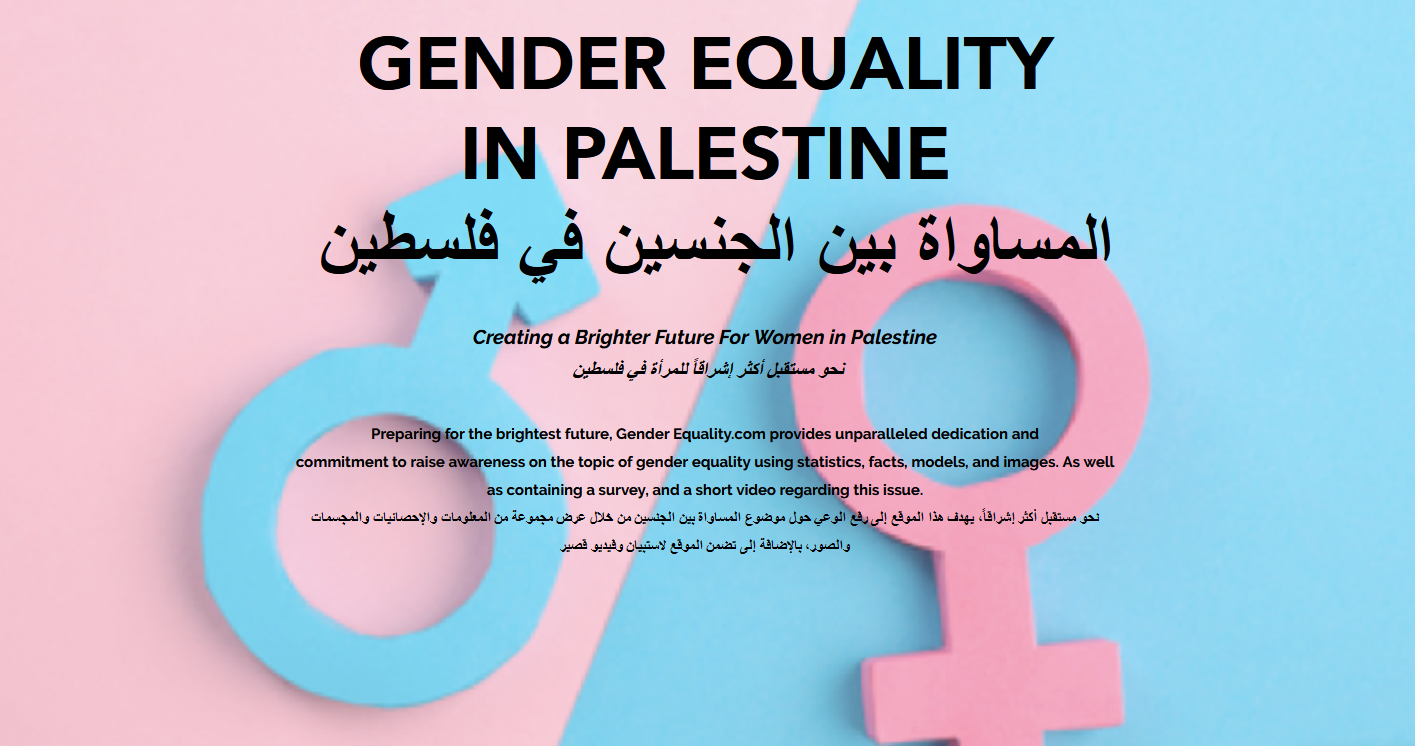 As part of a school project, Joud Jamous built the website https://joudjamous.wixsite.com/website presenting a survey among students as well as statistics about gender equality and gaps. (© Joud Jamous)

The young girl also interviewed civil servants to discuss the findings. Later, the website including videos of the interviews was shared with fellow students in other local schools. “Approaching the younger generation and raising awareness can help us achieve the change we want to see in our society,” says Joud’s mother.

Among other advocacy efforts, the campaigns based on the report greatly contributed to another ground-breaking achievement in March 2019 with a presidential decree raising the minimum age of marriage in Palestine to 18 years.

About the training programme

Statistics Sweden arranges the International Training Programme (ITP) in Gender Statistics to support countries in Asia, Africa and the Middle East in improving their capacity to use gender statistics. The overall objective of the programme is to contribute to increased gender equality between women and men using gender statistics as a tool of change. The participants are both producers and users of statistics coming from the public sector and civil society. The programme contributes to Sustainable Development Goal 5 (Gender Equality).