Progress in statistics brings Albania closer to the European Union 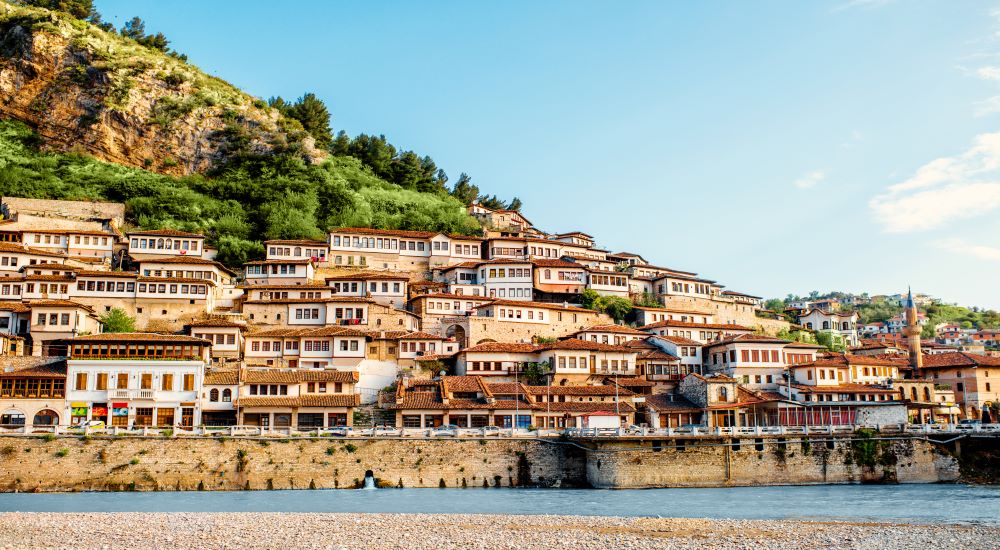 Albania’s accession candidate status to the European Union in 2014 was not only a milestone for the country, but it also gave a major impetus to modernise its statistical systems, which in turn boosted its efforts to meet EU requirements on statistics. With longstanding support from Sweden, Albania’s national statistical system is now on the way to meet the rigorous requirements of the EU Acquis Communautaire and will support its EU candidacy as well as further economic and social development in the country.

Over the last thirty years Albania has progressively but markedly transformed its political and economic structures from planned to market economy. When the country received European Union (EU) candidate status in June 2014, it was both a major milestone for the country as well as a further challenge: to align its systems to meet the requirements of entry into the EU. Eight years on and impressive developments in its statistics system illustrate the progress that the country is making. Following the creation of an independent statistical institute, INSTAT, between 2016 and 2020, data for several statistical themes increased and the number of data points for statistics measured by Eurostat, the European statistical office, increased by impressive 116%. Thanks to this, Albania has also made major progress in complying with the statistics section in the EU Acquis Communautaire, which are the common rights and obligations that are binding for all EU member states.

A long-term partnership with Sweden

Albania’s partnership with Statistics Sweden supported these achievements. Working together for over twenty years - from 2001-2021 – Swedish development co-operation’s involvement in the Balkan region in the early 2000s initially set out to help maintain peace and stability after the wars in the region during the previous decade. This partnership then went on to support Albania’s transition from a planned to a market economy, and then to help create an economic statistics system that satisfied EU requirements, provided needed information on the national economy and finance, and met domestic demands to help Albania reach its goals.

The result of the long-term co-operation with Statistics Sweden has affected our progress, not only as an institution but also as professionals. Today, INSTAT is a modern institution and the co-ordinator of the statistical system. We publish a wide range of statistical products, qualitative, trustworthy and on time.

In the beginning, efforts were mainly focussed on improving statistical production by increasing the level of staff capacity and knowledge at INSTAT. The long-term objective was to increase qualitative production of statistics and thus to turn INSTAT into a national statistical institute that met the standards of the EU.

INSTAT also supplies indicators for the monitoring of the SDGs in Albania on an annual basis. Successful achievement of the sustainable development goals in the country requires assignment and mobilisation of institutional resources in Albania, not only for mainstreaming the SDGs in the national strategies, policies, and plans, but also for monitoring processes to report progress.

The improved capacities in this area will support Albania in making a steady progress in the development of the 2030 Agenda.

On the road to EU membership

Albania received status as a candidate country to the EU in June 2014. In March 2020, the EU decided to open the accession negotiations. The close relations with, and support by the EU will in the long run ensure that the Albanian society further develops in terms of the rule of law, the functioning of democratic institutions and public administration, and ultimately prosperity.

Collaborations of this kind are very important for us, because in the end they will help us to reach our main goal: To become an integrated part of the European Union.

For 40 years, Statistics Sweden has been offering its expertise to statistical institutes and statistical systems in low- and middle-income countries. The purpose is to contribute to enhance the quality of statistics and to make them more accessible by users. Co-operation projects span several years and include support on specific statistical subjects, statistical method, IT quality issues as well as management of statistical processes and organisation.

Statistics Sweden is one of the largest actors within the Swedish development co-operation system aimed at public agencies. The projects are largely financed by the Swedish foreign aid budget through the Swedish International Development Cooperation Agency (Sida).